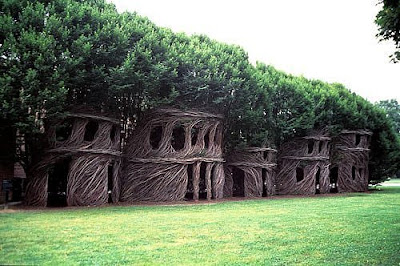 If hobbits didn’t live under hills, they might like this homey structure that seems to fitright into its surroundings. It calls forth visions of a simpler world in keeping with nature and is one of sculptor Patrick Dougherty’s 150 amazing twig art installations that have sprung up all around the world to the wonderment of passersby since 1982.

“Dougherty’s works allude to nests, cocoons, hives, and lairs built by animals, as well as the manmade forms of huts, haystacks, and baskets, created by interweaving branches and twigs together. Many of his works look ‘found’ rather than made, as if they were created by the natural force of a tornado sweeping across the landscape. He intentionally tries for this effortless effect, as if his creations just fell or grew up naturally in their settings.”

Be prepared to transport yourself to another world. 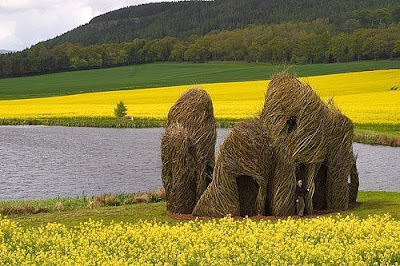 With the pull of a twig or the whisper of a magical phrase, these ‘buildings’ might lead you into another realm: 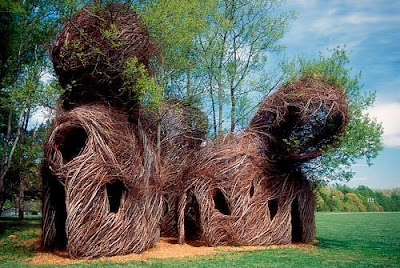 And these look like comfy places to rest your head after a long day’s hike: 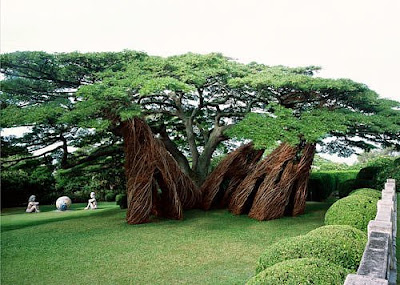 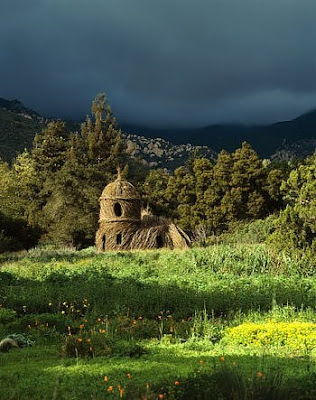