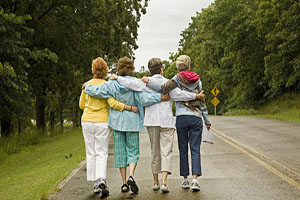 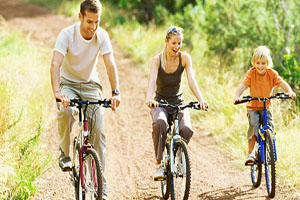 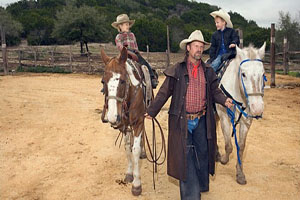 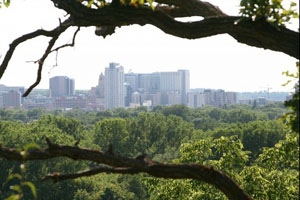 As the old saying goes, you get what you pay for. Unfortunately in real estate, value is a trade-off. Someone in Manhattan is willing to pay $2,200 per month to rent a studio apartment so as to be near jobs and cultural amenities, sacrificing square footage. For someone in Las Vegas, where housing is inexpensive—the city's median home value is about $115,000, according to real estate site Zillow.com—and the labor market is tough, the reverse is true. What if you could have both proximity to work and quality of life at an affordable cost?

While this may sound too good to be true, it's the status quo in some places.

In an exclusive ranking for Businessweek.com, Bloomberg Rankings analyzed government-gathered data on more than 3,000 counties across the U.S. to select the best affordable place in each state. We then scored each county by state. Next we tallied the top-ranked county in each state to arrive at a national ranking. Factors that were most heavily weighted include housing cost, crime, unemployment, and educational attainment in the county, in addition to such other metrics as family income, poverty, commute time, air quality, diversity, and share of families with children.

The Midwest made out well in the ranking. No. 1 on Bloomberg's list: North Dakota's Cass County, home to Fargo and West Fargo. Other areas with high scores include Brown County, S.D., Cleveland County, Okla. (in the West South Central region), Story County, Iowa, and Olmsted County, Minn.

Coastal states with high unemployment such as California, Florida, and Rhode Island ranked lower, as did states with a generally high cost of living, such as Hawaii.

Housing is a major factor in making a place affordable—and attractive. According to recently released results from the Census Bureau's 2010 Current Population Survey, housing is the main reason people relocate: Of people who moved in 2010, 43.7 percent did so for such housing-related reasons as finding a new or better home, cheaper housing, or a neighborhood with less crime.

That's just part of the picture. "People follow jobs and not low-cost housing," says Lawrence Yun, chief economist and senior vice-president of research at the National Association of Realtors. "North Dakota has been doing well because of job growth while Las Vegas and Cleveland continue to struggle—all [are] very affordable markets," he says.

About 16.4 percent of people in the U.S. who moved in 2010 did so for employment-related reasons, says the Census Bureau's survey.

Even in these best affordable places, it's wise not to expect Utopia. In Cass County, for example, flooding is common in the Red River Valley. This year, the river crested in the Fargo area at 38.75 feet in April, according to the National Weather Service, making it the fourth- highest flood on record. It has since declined slowly.

Still, when it's not flood season, Cass County can be an attractive place to live. Unlike many places with nice homes, clean air, low crime, and a strong job market, it's accessible to the average income earner, too.

Here are the 10 American best affordable places to live:

Luxury homes can be found in Cumberland County areas such as Freeport, Falmouth, and Yarmouth, shows a search on luxuryportfolio.com, but Zillow.com estimates the median list price in the area is about $250,000. The Portland area is the state's main economic hub and provides high-quality, affordable housing and excellent school systems, according to Maine Medical Center. It also has a low violent crime rate—not to mention great shopping: Freeport is home to L.L. Bean and numerous outlet stores.

The population of Lafayette Parish has expanded quickly, growing by 16.3 percent from 2000 to 2010, above its 15.6 percent growth rate from 1990 to 2000, according to U.S. Census Bureau data. The area has several communities that have been recognized for quality of life, including Youngsville, Lafayette, and Broussard.

The Arkansas River runs through Pulaski County, providing opportunities for boating, fishing, and hiking. U.S. Census data show that the health-care and retail sectors are major employers in the area, which is located in the geographic center of Arkansas. According to the county website, medical facilities and practices employ more than 34,000 people in Pulaski County. Little Rock is home to such major health facilities as the University of Arkansas for Medical Sciences, Baptist Medical Center, John McClelland Veteran's Affairs Hospital, St. Vincent Infirmary Center, and the Arkansas Heart Hospital.

Home to Montana's largest city, Billings, Yellowstone County was named for the Yellowstone River that runs through it. The area has many natural park areas, including Pompeys Pillar National Monument, a sandstone rock formation, and Nez Perce National Historical Park, which spreads into Montana, Idaho, Oregon, and Washington. Billings is known for its quiet neighborhoods and business districts, the city website states.

With a cost of living about 18 percent below the U.S. average, according to Sperling's BestPlaces, Syracuse is an affordable city. While its population shrank slightly in the past 10 years, according to 2010 U.S. Census data, other areas in the county have grown, including Pompey, Cicero, and Lysander. Upstate University Health System and Syracuse University are among the area's major employers, according to the county website.

The largest city in Olmsted County is Rochester, home to the Mayo Clinic, earning the area the title, Med City. According to greatschools.org, Century Senior High School, Washington Elementary School, and Friedell Middle School are among the city's most highly ranked. The median home list price in Rochester was $145,900 in April, according to Zillow.com.

Cleveland County is Oklahoma's third-largest in population and second-fastest-growing county, according to the Greater Oklahoma City Partnership. Farming, oil production, and horse breeding are important area industries, according to the county. The cost of living in Norman, the area's largest city and home to the University of Oklahoma, is 15 percent below the U.S. average and the district has several good schools, according to greatschools.org.

Brown County, in northern South Dakota, has a very low unemployment rate and the cost of living is among the country's lowest, at 23 percent below average, according to Sperling's BestPlaces. Hunting, fishing, camping, boating, cross-country skiing, bird-watching, biking, and snowmobiling are popular outdoor activities in Aberdeen, the county's largest city.

Cass County is No. 1 in this year's ranking of best places. The cost of living in the area is about 12 percent lower than the U.S. average, according to Sperling's BestPlaces, the crime rate is low, and the job market is strong. The Greater Fargo-Moorhead Economic Development Corp. states on its website: "North Dakota boasts the lowest overall crime rate and the lowest violent crime rate in the nation. The air and water are clean, it's easy to navigate, housing is plentiful and affordable, and schools and medical facilities are outstanding." ACT scores in Fargo public schools are consistently higher than state and national averages, according to Fargo School District No. 1.
Publicado por Nathaniel en 11:51